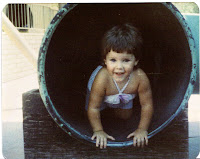 I have always been a tom-boy. I love to climb, rough house and get dirty. You won’t find much dirt under my nails- I don’t have nails. I am not very sensitive, sentimental or romantic. I’d rather take a trip to Home Depot than get flowers any day.

I studied child development and psychology (and business) for the brief time I spent in college. Many people believe that girls are socialized to play ‘house’, dress and care for dolls, and whatever other ‘girlie’ stuff you can imagine. Boys, on the other hand, are socialized to be brutes, play with cars, and be ‘men’ from a young age. I didn’t agree with this concept completely. Sure, there is some level of ‘socialization’ that occurs, but what, or where does it stem from? Everything, and everybody, has roots.

Our first child was Josiah. A boy. 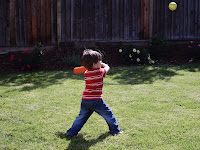 So, I am into experimentation on some level. His toys, from the beginning, consisted of a nice array of colors (pink not excluded), and purposes (dolls not excluded). Once Josiah showed preferences, we catered to those likes. He enjoys music and banging to rhythms, he has a drum set. From 7 months old he could throw a ball with amazing accuracy and speed. He is naturally inclined to help others and meet needs. There was a stage where he wanted to carry around a purse. This did not concern me, afterall, it was a great way to transport Spiderman. Josiah is afraid of spiders, and always follows the ‘rules’. His favorite color is red, favorite thing to do- climb. When he holds a doll, he will cuddle it for a short time before removing it’s head and throwing it aside (don’t freak out, he reassembles them later).

Our second child- Noah (yay, another boy!). Noah is very different than his brother. His favorite color is currently pink. 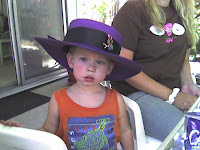 He loves to walk around with his favorite stuffed animal (or baby), and isn’t into climbing. Noah only has one volume, loud. If you are in his way, he will move you. You want to rough house, he will take you down. He has enough testosterone to be secure in his love for pink and babies. You touch that baby, he’ll either take you out with his mind numbing decibels or brute strength. Choose carefully. 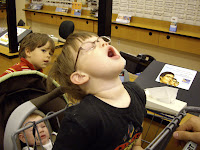 By the time I became pregnant with our third child, I had a change of heart. My house, despite equal opportunity toy accommodations, was infiltrated with ‘boy’ stuff. I was ready for some estrogen. I begged God to give me a girl. 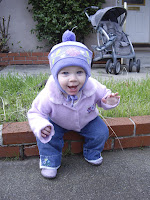 Along came Zion, my heart’s desire. Zion is currently one year old. She started walking at 10 months. She even has about 10 words under her belt. This is in large contrast to the boys, who didn’t walk until after one (Josiah at 17 months!) and didn’t talk until nearly 3. I have seen Zion grab one of my sandals and put her arm through the heal strap like a purse, carrying it through the house. When she holds a stuffed animal, the head is always up and she pats it’s back. When she is done, she gently places it on the floor, unlike the boys who chuck over their shoulders. If one of the boys is in the bathroom getting a stern talk, Zion stands at the door and cries on their behalf. She is a climber and displays the potential to be a tom-boy like her mom, but not at the negligence of her femininity.

My children have taught me a lot. Despite my fore-mentioned personality, I am very sensitive to my kids’ needs, likes, strengths and weaknesses. I know how to nurture their talents with womanly precision. I dare say that a lot more is due to nature than credited. I believe we were intelligently designed with the intent for our species to not only survive, but thrive. 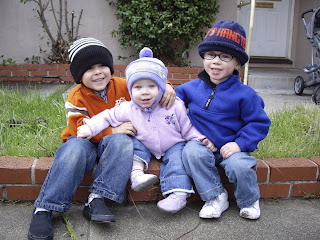